The virus in China was man-made. To test it out and to see wether a vaccine can be found. Real world labyrinth play executed by a ruthless government. It has been done before any times over. Ford Foundation decided to decimate the Indian population in the 60ies and mass sterlizied women, brutally and often without telling them what they did, many died cause no ody checked upon them after the unclean surgery, to the point that women were sought after and sold for the highest bidder a generation later. Lots to heald in the féminine collective. Mâle Africans were vaccined by the same fou dation for tests and to reduce the population telling them they were protecting them from a disease. The disease could have been healed through raising their vibration, giving them work and support for their life circumstances to change so they could feel pride, self-respect and love and hope for their life circumstance. The same is said about the Aids virus, it was injected and spread well, because their was a substantiallevel of self-loathing in place in the gay community. Fear and self-hate attract viruses, that’s the law of attraction playing out in the quantum world.

The vaccine that China is developing will again be a tool to control society. Vaccines are low vibrational energy, yes a healthy organism builds antibodies. Yes, we as light beings can transmute and neutralize any toxins in our bodies. Still, can we now start to discuss what really keeps us healthy and how to deal with a virus as consciousness, as energy, vibrational information ? Vaccines silence the body’s high frequency guiding and signaling language. Information is being repressed.

Love up what is if a low vibration. Claim it, embrace it, transmute it. Learn to work with the spirit world to speed this process up.

I have just done this a few weeks ago. I loved and talked to the consciousness of my cold to godeepi to its gift of healing. I had a very, very high fever. And while I was present as my higher, etheric self, I was instructed and collaborated with higher level creator beings on how to respond to what was going on. While others would have said, crao, I don’t want an intense cold with fever, why me? I knew exactly why me and the teaching and healing of old data of pain was super powerful. I was greatful.

As a global collective we can do the same. Go in and lift whatever seems to shake our planet from a higher perspective. Raise above fear into our power as creators and alchemists.

LOVE TO US ALL. 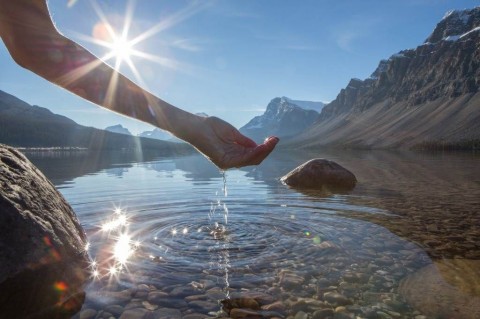